History Behind the Dishes

Russian salad or Salad “Olivier” following a recipe of 1812 was  invented by a French restaurateur Lucien Olivier (1838-1883), the owner of the “Hermitage” tavern on the Pipe Square in Moscow. Originally it was made of snake-root knotgrass and Provensal sauce following the recipe of his antecedents-cookery specialists’ family of the times of Napoleonic wars. 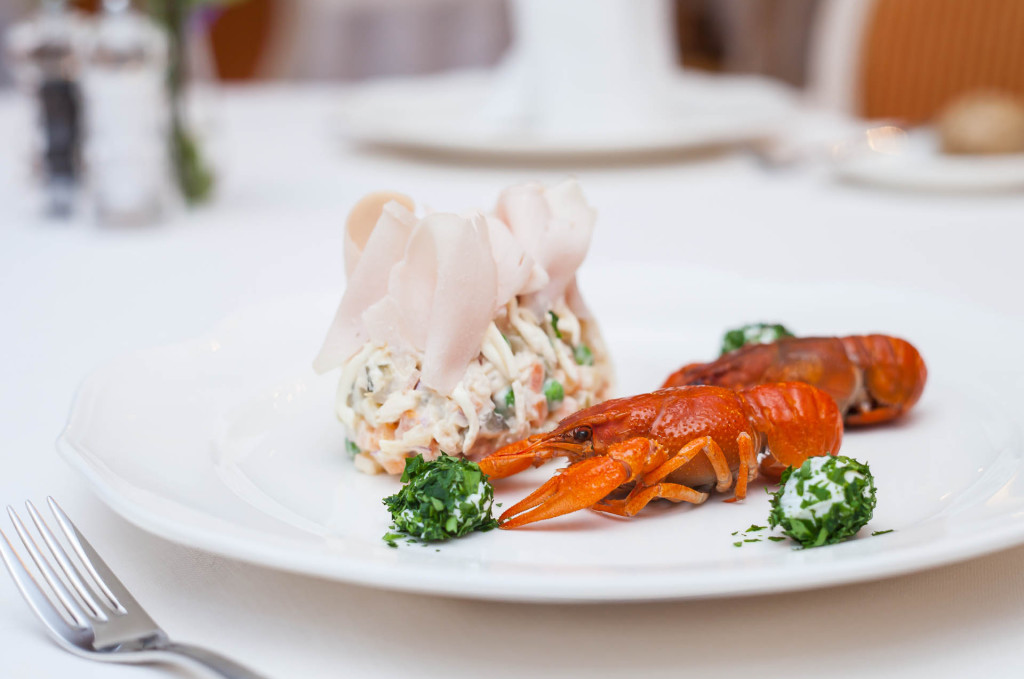 The dish was named after the count Alexander Grigoriyevich Stroganov (1795—1891). The French cook of count André Dupont combined the traditions of French cuisine (meat roasting and serving with a sauce) with the particularities of Russian cuisine( a sauce is served not separately, but together with meat as Russian gravy). According to one explanation it was done to serve a lot of guests during the dinner (a count held so called “open table” in Odessa, where guests could go without an invitation), the other explanation narrates that it was done for the count at decline of his life, when he had dental problems. 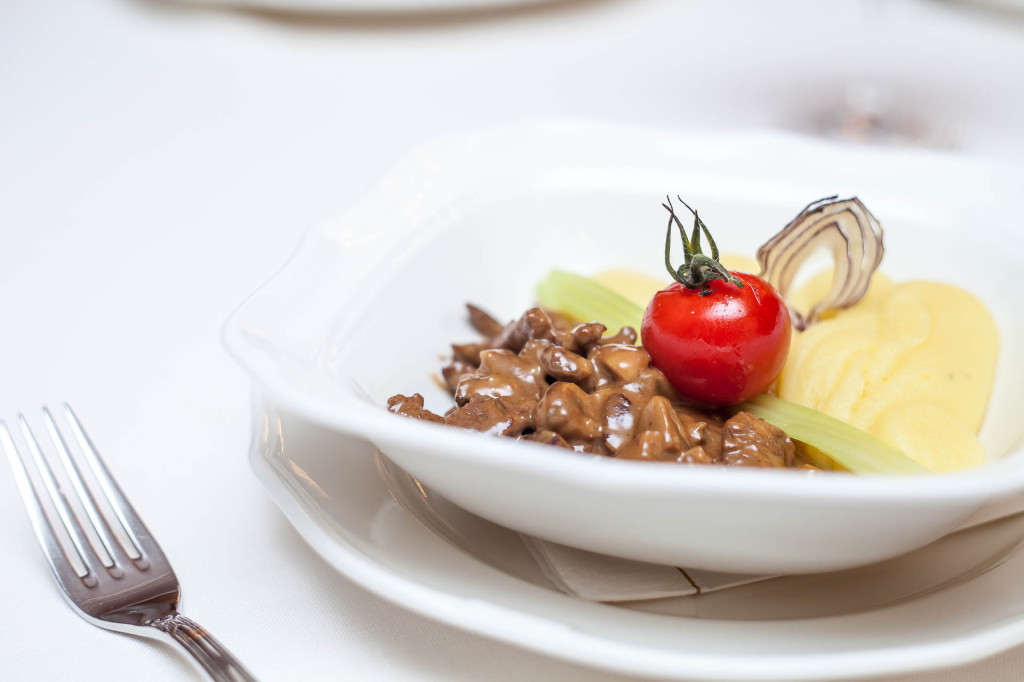 A variety of different beverages and meals formed in a festive way appeared in Russia during the sumptuous celebrations of 100 anniversary of Napoleon Bonaparte’s expulsion from Russia. A new pastry was introduced — millefeuille, made in a shape of triangle that as was believed resembled the famous Napoleon hat. The pastry was soon named “Napoleon” and got general recognition. 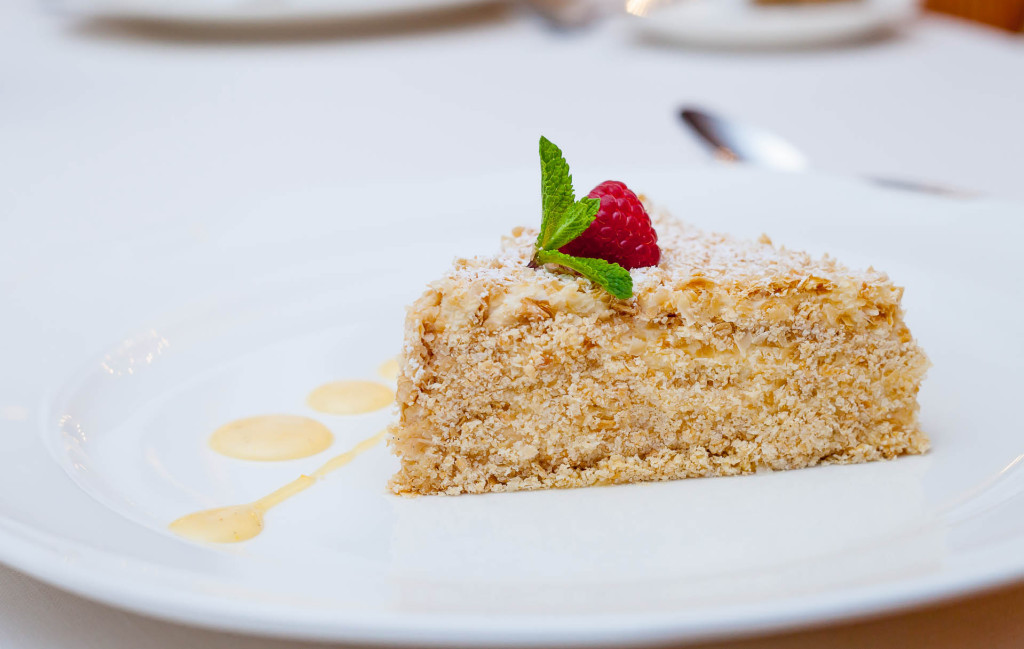 Sterlet in Champagne with a Smoke Flavor Served with Oysters Tartare

Catherine the Great was very mindful of her guests’ “gastronomic  wishes”. When baroness Dimsdale wanted to try  an unknown fish named sterlet, her wish was immediately fulfilled. Next morning this rarity was brought in damask napkin for demonstration, and than it was cooked for dinner. Baroness wrote that indeed that was  the scrumptious fish, beyond the best kinds she had ever tried. When baroness Dimsdale  told what a pleasure it was to eat sterlet, this kind of fish was frequently sent to her for dinner, sometimes served cold in jelly, and baroness liked it. 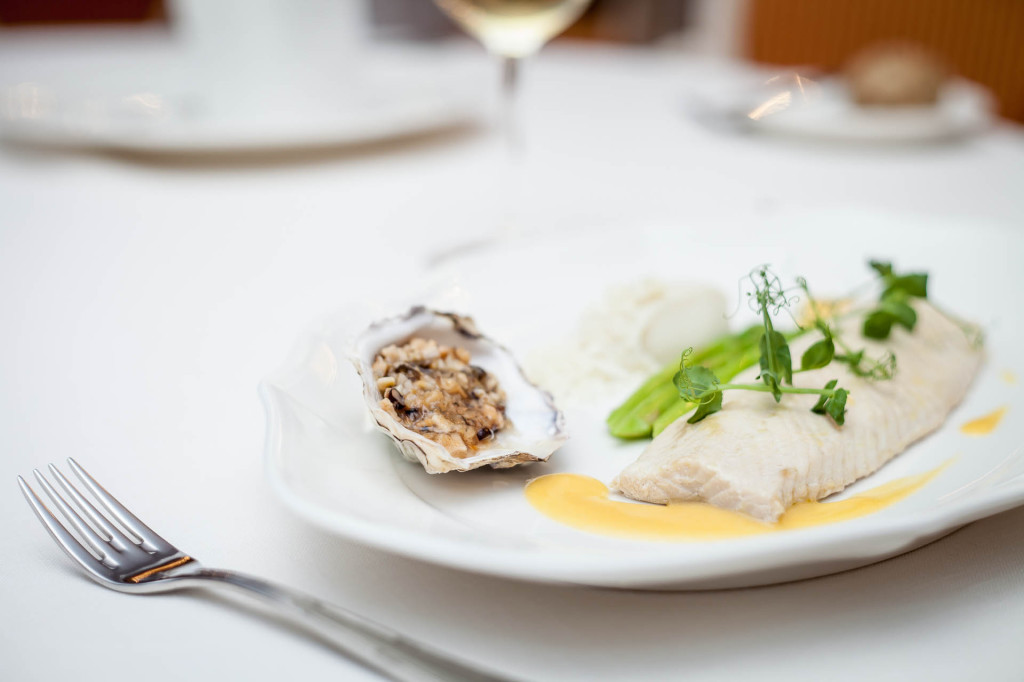 One of the versions narrating about the appearance of Pozharsky cutlets says: one day Russian tzar Alexandr the first stayed in a small town Ostashkovo, where specially for him in the tavern of Pozharskiy breakfast was served. Veal cutlets were ordered. And the owner was filled with despair: he couldn’t find veal, but adjutant general didn’t want to listen to any reasonable explanations. Then the tavern-keeper perpetrated a fraud:he cooked bread-crumbed chicken cutlets in a shape of veal ones and served them to the tzar. He liked the dish. The Tzar ordered to award the tavern-keeper. For fear of exposure Pozharskiy confessed to a fraud done and said that it was his wife who taught him to do that way. The Tzar awarded Daria Evdokimovna as well, asked what the last name of the family was and ordered to name this cutlets Pozharsky. This dish was included into the menu of Tzar’s cuisine. 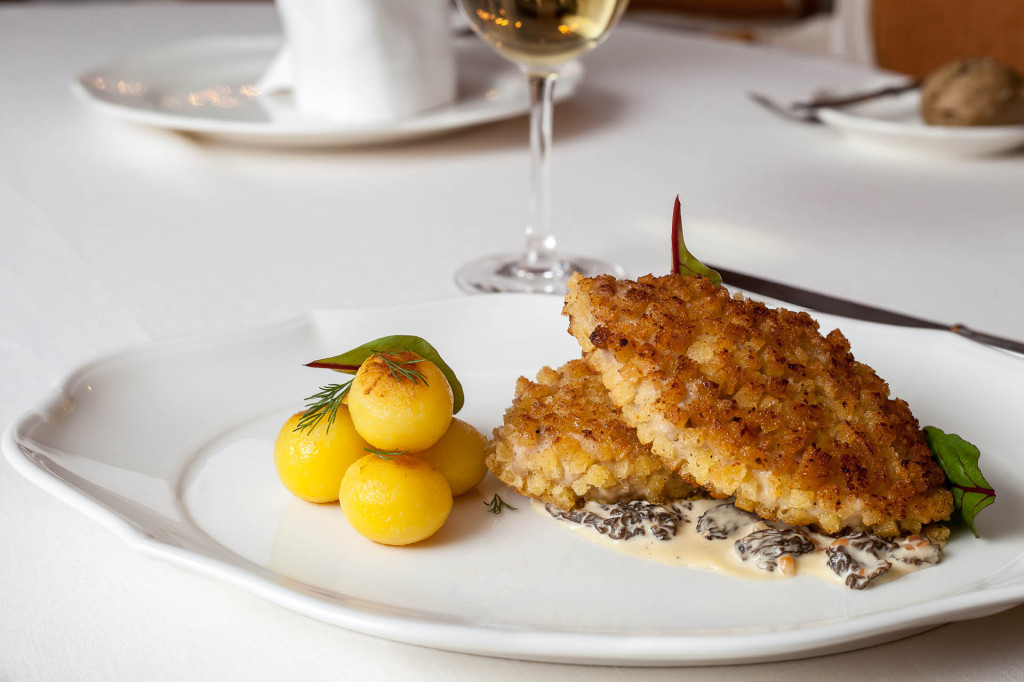